How to Solve the Problem of Male Infertility?

Male infertility is an ailment that several men worldwide suffer from. It lowers their chances of making their partner pregnant. In other words, if a man fails to impregnate his partner even after having frequent sexual intercourse, he is likely to be suffering from male infertility.

As per several types of research carried out by various agencies, it has been found that in about 33% of the cases, the problem is with the man. It is a growing challenge among couples putting an effort to conceive.

Infertility treatment for men like Assisted Reproductive Technology (ART) such as IVF and IUI can help reverse the effects of infertility. However, if no major issue is identified by the fertility expert, it can be brought under control by making lifestyle changes, taking supplements, and a proper diet.

There are several causes of male infertility and the following traits of sexual function and semen quality can potentially influence your fertility:

Erectile dysfunction or impotence is the condition wherein a man is unable to sustain an erection during the duration of sexual intercourse until ejaculation. Some of the common symptoms of erectile dysfunction include failure to get an erection, erections that do not last long enough for the entire duration of sex, erections that are too soft for sex.

A man’s yearning to have sex or his libido can be a reason for infertility, particularly when he has a low sex drive. Some of the common causes of low libido include prescription medicines, low testosterone, too much or too little exercise, drug use, and alcohol. Psychological issues can also lead to low libido include depression, stress, and problems in your relationship.

A key indicator of healthy sperms is their capacity to swim which is quantified as the ratio of moving sperms in a sample of semen. Healthy sperm motility is characterized as sperm with forwarding movements of at least 25 micrometres per second. Asthenospermia is the condition wherein a man suffers from sperm motility issues.

Lifestyle choices, ailments, chronic diseases, are some of the common factors that play a role in triggering male infertility. Here is a list of some of the major causes of male fertility:

When the muscles and nerves and in your bladder do not close during orgasm, the semen may go backward. This condition is known as retrograde ejaculation.

There are instances when a man produces antibodies that attack his own sperm. These antibodies keep sperm from working properly, making it hard for sperms to enter the fallopian tube.

The primary reason for male infertility is a sperm disorder. In this condition, the body struggles to produce enough sperm. Some common sperm disorders include oddly shaped sperm, sperms not moving in the right direction, and partially developed.

There are many functional factors that have a negative impact on sperm delivery and production. One such factor is the swelling of veins that drain the testicle and lower sperm quality. Other factors include tumour blockages, infections, hormonal imbalances, and chromosomal defects.

There are various male infertility treatment options that you can go through, but you can adopt the following practices to increase male fertility:

Speak to a fertility expert about the steps you can take to improve the chances of generating healthy sperms. There are several options available such as making lifestyle changes and a fertility specialist will assess your sperm count and other factors to help you in planning your future. 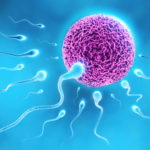 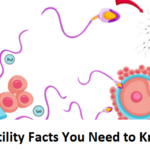 Major Fertility Facts You Need to Know About