As we are all aware that India is the only country who celebrates 366 festivals and rituals in 365 days. This indirectly says that India is having N numbers of festivals and ritual occasions to participate. This may be because India is engulfed with the states of varied culture and living customs. That’s why the saying – Incredible India. However, while talking about festivals reminds us of Chhath Puja – A sacred festival of India.

Chhath Puja is one of the Vedic festivals having historical aspects and values. This holy puja is native to one of the prompt states of India – Bihar and some of the neighboring states such as Uttar Pradesh, Jharkhand, etc. It is a pure Hindu festival owned by brahmins and other followers of Hinduism. Moreover, it is seen that the Hindus of Nepal and some of the Islam followers also participate in this festival in their own customs.

What is Chhath Puja About? 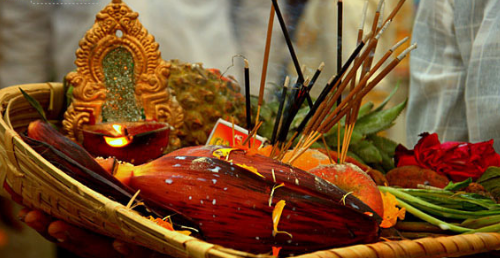 According to Hindu customs, Chhath Puja is arranged to honor and worship Surya Dev (Sun God) and his wife Devi Usha. This puja is basically done to thank Sun God for offering life on earth. Devotees also make a wish with the strong belief that their wishes will come true as a reward of Chhath Puja. This devoted ritual is not an Idol worship as it does not involve any statue or picture of God Surya, but still brings a rigorous ceremonial offering to the lord.

India is a land of Unity in Diversity and this is clearly seen during Chhath festive season. This enchanting ritual is the second longest festival after Navratri that is performed continuously for 4 days. You can see thousands of crowds worshiping the Lord Surya together near river bank of Bihar and other regions. As the Word Chhath refers to “sixth”, the puja starts on Kartika Shukla Shashthi (according to hindu calendar) – the sixth day of the month of Kartika (typically falls in October or November).

As the prayer is done with a lot of devotion, people follow certain ethics of puja.

For every ritual, there is an idol and here in Chhath Puja, people worship the Goddess known as “Chhathi Maiya” also known as Usha in the ancient Vedas. According to mythological aspects, Chhathi Maiya is said as the younger wife of Lord Surya (the Sun God). In different folk tales, she is also worshipped as “RANA MAI” in different regions of India.

However, the beauty of this parva/festival is that it signifies both the rising as well as setting sun which gives the key message to all that life is full of ups and downs but still it is bright and beautiful. Basically, Chhath Puja is believed as antonym of Idol Worshipping known as Murti Pujan. The pure concept behind Chhath Puja is that the Sun is the mighty source of life in the earth and this festival is the best way to thank the almighty irrespective of worldly boundaries and classifications.

Every year especially in Bihar, there is seen a huge rally of the disciples going towards the holy kund or river bank. These 4 days are crowded with the people in orange, red and yellow costumes – As the symbol of Sun. For the outside tourists and travelers, these 4 days can be a wonderful experience to gain.

As it is said – Whatever happens, it happens for the good. However, you can see that every festival celebrated in India is related to our historical folks and myths, that brings joy, prosper and positive energy to the environment. According to some of the environmental specialists, Chhath puja is one of the most biodegradable festivals opted by the Indians.

Best type of water geyser you can consider buying online

WHO’S ON YOUR CANCER CARE TEAM? KNOW THE PROFESSIONALS WHO CARE FOR YOU

The man Within the Middle Of Iraq’s Political Storm

Earth’s 1st Snake Most likely Evolved On Land, Not In H2o